Ontology is the philosophical study of being. More broadly, it studies concepts that directly relate to being, becoming, existence, and reality. Ontology often deals with questions concerning what entities exist or may be said to exist, and how such entities may be grouped within the course of human affairs.

The Ulchi (Nani) conception of the world is based on a foundation of animism; everything in their environment is perceived as a living being endowed with reason and spirit. Like their ancient ancestors, the Ulchis believe in the existence of spirits whose actions affect people, animals, plants, objects, and occurrences in the natural world. According to this worldview, everything—from mountains, rivers, lakes, and forests to people—is governed by invisible powers and spirit masters.

As non-dualists, the Ulchi do not define reality as separate parts but conceive nature as a whole organism that unifies the entire living world. Their origins are found in the Doro (Manchu-Tungus for Tao). When living in accord with the Doro, one discovers an enhancement and strengthening of one's individual personality—but in a non-strident way to other people, events, and worldly phenomena.

Doro are a set of orally transmitted natural laws reflecting the Ulchi sense of environmental ethics. They are biocentric in nature; all forms of life are considered equally valuable, and humanity is not perceived as the center of existence. These laws take into consideration many variables, and are ambiguous in the best sense of the word—they allow for many interpretations, and there is room for uncertainties. Historically, there were no canons, edicts, or institutional laws governing the clans as a whole. Instead, there were guidelines for living a moral and ethical life within the parameters of the Ulchi worldview. 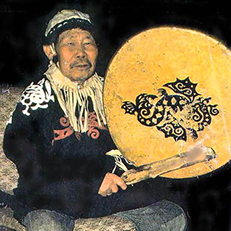 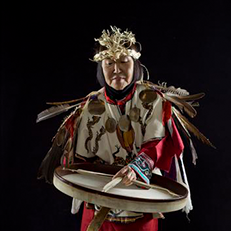 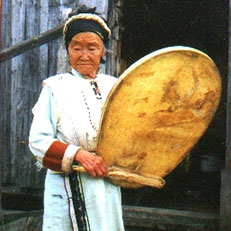 The Art of Classical Siberian Shamanism is but one aspect of the culture, no different from the art of fishing, hunting, wildcrafting, building, storytelling, or manual creative arts. Traditionally, many Ulchi people practiced the art of shamanizing. Each person was their own little shaman. It is cognate to the fact that anyone can learn to sing, yet those with extraordinary talent can develop their skill further to become great Operatic performers. The same ideas are present within their society. Although everyone can be a type of small shaman, those with inborn talent may develop the skill of helping not only themselves but other people. For over 25 years, elder shamans of the tribe traveled to the Pacific Northwest in the United States to teach people how to shamanize for themselves. This is the foundation of the Art of Classical Siberian Shamanism.

The Ulchi never ask what do you think. Instead they ask how do you feel. Instincts, feelings (both somatically and emotionally), and intuition are the underlying principles of the practice. These are not techniques to be learned, but effortless attention and awareness to a natural state of the human condition.

She is a fluent speaker in the Southern dialect of the Manchu-Tungus language spoken by this group. She lectures through the University of Washington,  Burke Museum, Antioch, and Bastyr College in Seattle, Washington.  She also presents classes open to the general public in various venues. Her publications have appeared in both Shaman's Drum and Sacred Hoop magazine. She is a contributing author to the book "First Fish, First People, Salmon Tales of the North Pacific Rim," University of Washington Press. She recently authored "Spirits from the Edge of the World," Pathfinder Communications.  Published in August 2018, it is the first ethnographic manuscript that explores the details and practice of animistic shamanism in this region of Eastern Siberia.